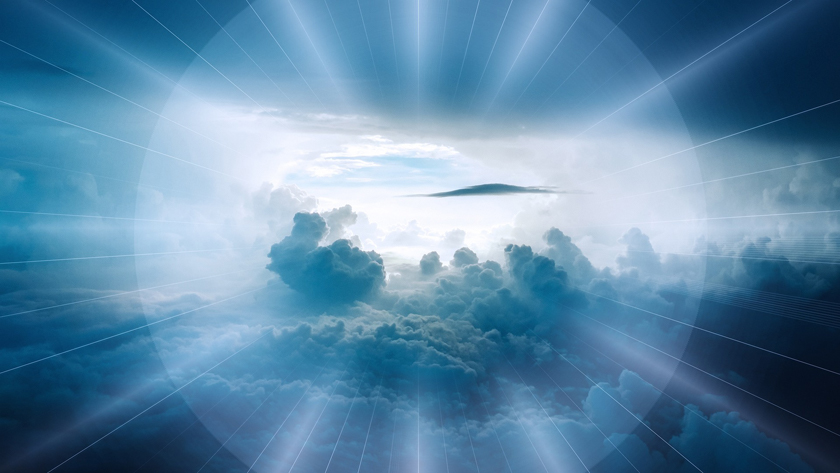 If you have ever wondered who takes care of your loved one when Hospital Mortuary services are required, here is a very reassuring and interesting article about a lady whose commitment to caring and compassion makes her a very special lady indeed. Barbara Peters is a Mortuary Services Manager in London. She is also a fully qualified Anatomical Pathology Technologist which has enabled her to assist many Home Office Pathologists conducting forensic post-mortems.

Barbara started out working for the NHS in Bristol in 1992, in Clinical Chemistry. From there she moved to Glasgow where she received her degree in Forensic Investigation and postgraduate diploma in Forensic Sciences, as well as fully qualifying in Anatomical Pathology. After her time in Scotland, she was offered a seniors post at St. George’s Hospital in London. And from there she became the Mortuary Services Manager for UCLH, NHS Trust. Barbara has contributed in the past to some media publications about her work and recently gained a national award for Mortuary Technician of the year, as well as winning awards for her work with bereaved families.

The following is something she wrote that I felt was worth reading, and reflected the care and compassion she brings to her work, and the services she uses to help families through loss.

What drew me to the job was when I worked in the laboratory, I worked in a department that screened samples from post-mortems. As I read how these people died, I wanted to see what a post-mortem was all about. It was arranged with the pathologist for me to observe a post-mortem. I can still remember the case now quite vividly, as it will always stay with me. It was an elderly woman who died at home from Bronchopneumonia. The technicians who were assisting were doing everything from assisting the pathologist with the PM, the reconstruction after the PM and mostly the respect and care they showed in doing this job until she was released to the undertaker. I felt that this was the rounded role, helping investigate causes of death, providing excellent aftercare for the person as well as dealing with the relatives. A few years later my own grandmother died suddenly at the same hospital so I was comfortable with her aftercare from this illusive profession. When I moved to Scotland years later I was fortunate to meet the mortuary technician in the hospital I started working at. I told her of my aspiration to work in the mortuary, not because of some morbid fascination, but because I wanted to combine a scientific and caring role. From this, she gave me the insight more thoroughly to do the job. One example was the death of a child. I hadn’t seen what a dead child looked like and needed to overcome this. From there, I managed to get her job as a trainee as she wanted to come away from the profession for a break, and stayed there for five years until I was fully qualified.

During my time In Scotland, I saw a lot of traumatic and accidental death, more so than in London. The work does work geographically, insofar if you live near a busy motorway, farmland, and remote areas you see a more diverse selection of death. In the city areas, you get more pathology-related deaths. But again, it depends on factors such as the high population of the elderly, or whether it’s a poorer area, economically. This role enables you to talk to people from all walks of life, and I have dealt with the famous, with Middle Eastern royalty, to the everyday man, woman, and child. I have learned in the job over the years that everyone is in the same place, they have suffered a loss and need someone who can be supportive of them. This also applies to denominations of religion as well. Just because it’s not your faith, you still have to respect the wishes of the family. As my role involved dealing with the police, especially after a road traffic accident or a murder, I would help the police in the identification process. I would say this is the worst part of my job, where I have to take families in to see their loved ones for the first time after death. This is not only the elderly, but young people, and children. I have to deal with extremely high emotions but I have to be a crutch, while their loved ones are in my care. I do like to engage with the family and be candid with them in regard to what is involved, but in a way that is dignified and respectful. They always appreciate this, even the most difficult relatives, as not all are grief-stricken and upset. Anger plays a part as well, so I have to think very quickly how I engage people engulfed with high, and raw emotions. People are very protective of their loved ones, so when a complete stranger is looking after them you have to reassure them that you will take good care of them. This always helps with the grief process for people and you can feel the tension lifted when they leave. Families come in with the fear of the unknown when it comes to loss. There is so much misinformation, particularly from TV and movies and the images they conjure in the mind. One question that I get often is would they have suffered. This is so more so in a road accident, train suicide, or a fire-related death. Also, people picture in their mind that the injuries are going to be horrific, but I would advise the family of this if it were the case. If someone was not viewable at all, then I would encourage viewing in a closed casket at the funeral home or have the body covered if they were still at the mortuary. This is also done in the same viewing suite, so families and loved ones can be close without the stress of seeing trauma to the body. I have many experiences dealing with families and the circumstances around the death. One particular type of death is suicide. If a parent is involved in the suicide of their child, adult or not, then this carries a stigma. The only thing I can do for that family is to listen to what their concerns are around the death and why the person did it in the first place. I offer parents to come in and see their children, especially after post-mortem, including holding them and where appropriate washing and redressing them. It’s an important part of the healing process and allows them to spend time with their child before saying goodbye. This dispels any myths of what people perceive and hear about what happens in autopsy work. I’m also clear about explaining what procedure the child has undergone so they know why we have done an autopsy and ensure incision marks are covered with an appropriate dressing. Parents appreciate the candour and the fact their child is being looked after while in my care. I like to live my life well in small ways which for me is a great way to detach from my work. As soon as I leave the department I enjoy the lesser things on a daily basis, such as nice food, a favourite cafe, lovely flowers, listening to music, a brisk walk, reading a book, dinner with my partner, or an hour to myself. This helps me remain relaxed outside my work life and to become ready for the next day of challenges at work. No two days are the same, so I never know what I could be doing. Some people might think that is cold, but it is just a natural protective coping mechanism. I’ve carried out hundreds of autopsies since then and work on autopilot with my emotions in check. You just switch back on after the procedure is completed and focus on the care of somebody’s loved one.

Sometimes I do not get a lot of time for fun due to the unpredictable nature of the role, however, when I am off I do like to travel both overseas and in the UK. Sometimes I don’t leave the job at home, and as soon as someone asks me what I do for a living, most people are intrigued. I do have people that have recently suffered a loss, so they ask me questions and just offload their grief. This doesn’t phase me in the slightest, as if someone feels better by just offloading it makes me feel better and also detaches me away from my own stresses in life. Out of all the jobs I have worked since I left school this job is my vocation and I was put in the role for a reason. This is not only to help with the bereaved but to take care of the deceased person for their loved ones and make sure they are cared for. One example of this is a 13yr old boy who was terminally ill and died the day before his birthday. His mother was afraid of him being on his own for his birthday in the mortuary, seeing as it was a weekend. His favourite colour was green so I bought a green glowing balloon and on his actual birthday took it in and tied it to where he was lying. My colleague was there and we both sang him a happy birthday. I made sure the mother knew this and the balloon stayed with him until he returned to the funeral director. This helped the mother a great deal in her own grieving process, knowing that her boy was with people who cared, even though he was gone. Some people think it’s not right to do these things for the person and their families. How I look at it, it’s wiser to err on the side of caring too much rather than caring too little. When people come to the mortuary for the first time, whether with a family, as a visitor, or member of staff their first experiences are what they are going to expect. They think it’s going to be a cold, dark, eerie place where the dead repose. My hope is that people will have a different experience and that they will go away feeling a little more relieved, uplifted, and reassured, that they have been treated with the greatest respect I can muster. That is my job satisfaction.